When the doors of Herberger’s department stores were shuttered across Minnesota last August, it devastated many communities, especially those in rural regions. About 200 workers in the Rural Minnesota Concentrated Employment Program (RMCEP) service area lost their jobs.

With a special 18-month grant program, RMCEP has been helping dislocated Herberger’s workers get the support, assistance and training they need to move forward. “The significance of the funding is that it’s dedicated to that specific group of workers,” explains Sue Hilgart, Program Manager for RMCEP. “They don’t have to compete with dislocated workers from around the region for program dollars. It’s a dedicated fund just for them.”

Each one of stores located in the RMCEP service area (Moorhead, Fergus Falls, Alexandria, Bemidji and Brainerd) had employees who are eligible for grant services. The funds are used for retraining as well as miscellaneous needs that might come up as workers are searching for jobs, such as clothes for an interview or gas to get to interview.

The grant also includes an attractive incentive for new employers to hire program participants. Employers who provide on-the-job training to new hires can receive reimbursement for 50 percent of the employee’s wage for up to six months. “It’s a great deal for employers,” says Hilgart.

A tight-knit group of employees from the Brainerd store have demonstrated remarkable camaraderie and resilience in this difficult transition time, according to Hilgart. That is serving them well.

“One thing we noticed early on was that before we could even get them fully through the enrollment process, they were getting jobs,” she says. A shortage of workers in the market was in their favor, but Hilgart also credits their positive attitude and strong customer service skills.

“One of the things I think has helped them get re-employed so quickly is their excellent customer service skills. No matter what else an employer needs, knowing how to interact with people in a positive way is such a strong skill,” says Hilgart, adding that if employers find someone with this attribute, they’re often willing to train employees in other areas.

Bonnie Prokosch worked at the Brainerd Herberger’s store for 12 years. Most of her co-workers were longtime employees; some had been there more than 30 years. She refers to this core group of former co-workers as her “Herbie’s family,” noting there’s a strong bond that develops when working with a group of people for years.

“When the announcement came, we all had similar questions,” says Prokosch. “’What should I do? Where can I find work? Will employers hire someone my age?’” With so many unknowns, having the support of this group helped keep her spirits up throughout the ordeal.

A few of the employees chose to retire but most of them have taken advantage of RMCEP services, such as resume and mock interview assistance. Prokosch and some of the others are taking a digital literacy course at the local college to enhance their computer skills. 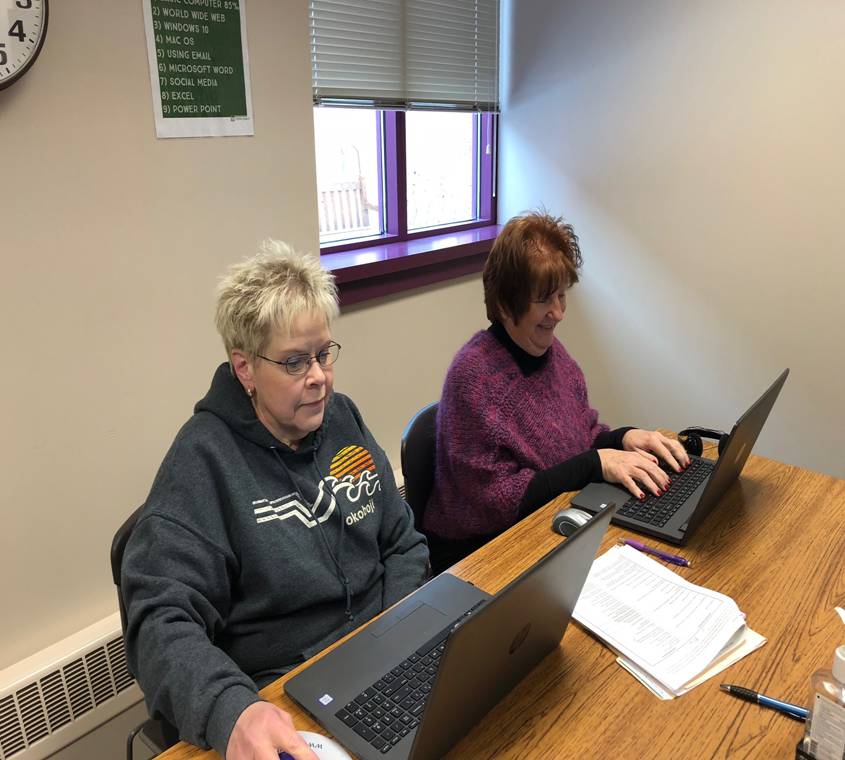 Some of the them have gotten jobs at the local bank or Target store. Prokosch was hired as a receptionist and administrative support at RMCEP. She went from working full time at Herberger’s to working part time, but says it’s a good fit and will help her ease into eventual retirement.

Prokosch is grateful for the opportunity and appreciates the organization’s role in the community. As someone who has lost a job and come out of it okay, she wants to serve as an example that the support system can work. “When people lose their jobs, there are different circumstances and levels of devastation, but I think my having gone through it is an advantage in helping others,” she says.

Somewhere Between Site Selection and Storytelling: An Expert Webinar

New Americans and the Labor Force