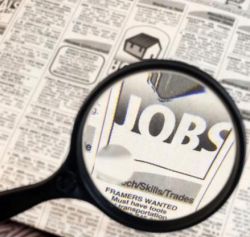 There are 29 million middle jobs in the United States today. In a labor market with roughly 139 million jobs and 61 million jobs that pay at least middle-class wages, one in every five jobs and nearly half of all jobs that pay at least middle-class wages are middle jobs. Some jobs pay significantly more than the average of $35,000. Over 11 million middle jobs pay $50,000 or more annually, and 4 million pay $75,000 or more.